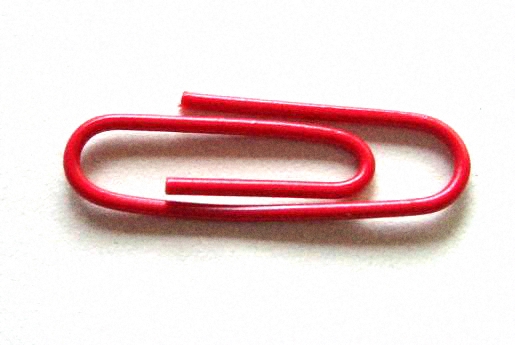 This is the red paperclip that Kyle MacDonald started with on his bartering adventure.  Some of you may have heard about it because it was very well publicized.  Back in 2005 he started making trades with this paperclip and he ended up with a house.    You may have also seen the TV show Barter Kings that has been on for a year or so now that shows the hosts trading low valued products/services for those of higher value.  I have a bone to pick with these stories.  It’s not that the stories aren’t true…I’m sure they are.  My issue is that these are the stories that are now ingrained into pop-culture about how barter works.   This is what people outside of the “barter sub-culture” think barter is all about.  And… it’s TOTALLY UNTRUE.

Barter is NOT about finding a way to create an un-equal trade.  Barter is about making trades of equal value.  It’s not that traders are slick salespeople that out-negotiate or trick their barter partners into a deal that benefits one party more than the other.   In “the real world” of barter, the value of the products/services for trade is usually pre-established.  The benefit of the trade isn’t that you receive something of greater actual value, but that you receive something of greater value to you specifically.  More than anything else this personal value usually has to do with supply.  For example, if I have more chewing gum than I could ever use or sell, I might be happy to trade some of it for something I didn’t have like candy bars.  Because I traded $1000 worth of gum for $1000 worth of candy bars, from an accounting point of view there was no profit, but none-the-less, the trade greatly benefited me.

There is profit to be made in barter, but it is earned EXACTLY the same way it is in the cash world.  You can make a profit on a trade if you can acquire the product/service that you are trading at below market value.  The most common way to do this is by buying wholesale or by producing the product/service yourself at costs that are lower than retail value.  For example, because my business is web development, I produce websites at my wholesale costs, then trade the service at retail value to someone that would not have been able to hire my firm for cash.

So…you might ask, how did Kyle MacDonald trade a paperclip up to a house?  The answer is quite simple.  He was trading more than just a paperclip.  He was selling an adventure.  He was selling a story.  People that were bartering with him were willing to make trades that appeared not to benefit them because being part of the story held value to them.  The same is true for the Barter Kings TV show.  I would encourage you to enjoy these types of stories but keep in mind that REAL barter is about the exchange of goods/services of equal value.