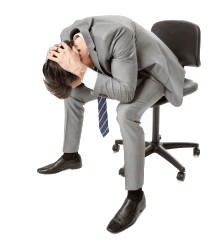 I wish this was the first time I’ve heard this story…but it’s not.  Please accept this story as a warning of all the things a barter exchange should NOT do. In case you are not familiar with what a “barter exchange” is please check it out here.

I just got off the phone with a former member of an exchange I’m in.  I say former because he tells me that he told the exchange that he was closing his account over 6 months ago.  The reason I was calling him was because the exchange had recently sold me a gift certificate for his services (that he will not be honoring).

Mistake #1
The vendor says that he was led to believe that there were many members in his immediate area when in fact there were not.  I’m a firm believer that a member’s success (or lack there of) is directly related to the volume of members in their geographical area.  If you are recruiting a member that isn’t in an area with a lot of other members you have to be up front about that.

Mistake #2
The vendor says that the exchange does not police member pricing.   Over pricing is a major industry problem and I don’t see it going away any time soon.  I think the solution is for exchanges to police pricing and kick out gouging members, but honestly I don’t think most exchanges have enough staff to stay on top of this.  What I told this particular person was that if his exchange won’t watch out for over-pricing then he’d have to do it himself.

Mistake #3
The vendor says he was given poor customer service in general by the exchange.  He says they didn’t do any training with him and weren’t particularly helpful when he ran into problems.  From his point of view the only time they ever called him was after he decided to sever the relationship and even then it was just to harass him for monthly fees.

Please note that what I’m telling you is all from this former member’s point of view.  The conversation I had with him was lucid and cordial and I tend to believe what he said.  That being said I’m quite sure that his former exchange would have a different take on the events. 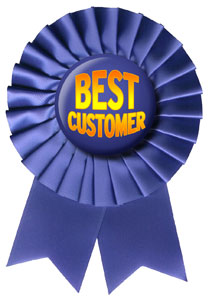 Every likes to be liked but when it comes to barter there is extra incentive to be lovable.  As we’ve discussed in the past, everyone has a limit as to how much barter they should engage in.  That’s even true for us barter fanatics.  What I’ve learned however is that when folks have to cut back on barter, they will often times still trade with their “favorites.”  So my advice for you is to be one of those favorites.

Contrary to what you may think, being a “best customer” does NOT mean spending the most money with that vendor.  Usually it simply means that you have a relationship beyond a financial transaction.  It’s as easy as asking how somebody’s kids are doing.  Being a best customer means showing up for appointments.  It means not grinding vendors on price.  It means valuing and following the advice of consultants that you hire.  It means being flexible about the product/service you are interested in.  It means understanding that your deals need to be advantageous to both parties.

Of course it probably wouldn’t be a bad idea to live your life like this every day, however, as I mentioned earlier, there are extra perks in the barter world for being a favorite customer. 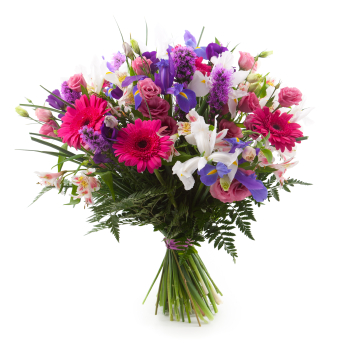 One of the things I like about barter is that it’s relationship based.  In the cash world, especially in the current economy it’s very easy for a transaction to be adversarial.  You want the best possible product/service for the lowest possible price.  Additionally if something doesn’t work out exactly as planned you somehow feel like you’ve been ripped off.  The relative ease of a cash transaction takes the humanity out of the deal.  I would like to encourage you to have a relationship with your trade partners.  Even more than that, I would encourage you to look for the win-win deal instead of only looking for the best possible deal for you.  Now I’m not saying you should be a chump:  I’m just saying to look at both sides of the deal.  Here are a couple examples that I ran into in the last couple weeks.

I called up a local florist in my trade exchange last week to arrange for flowers to be delivered to my wife and daughter for Valentines day.  I can say that here because my wife doesn’t read my blog! <grin>  I opened the conversation saying that I knew that she was probably already slammed with cash orders on Valentine’s day, but would she be able to conduct a barter deal with me for delivery on the day before Valentines day?  She said she could but that she already had sold all the roses she had available.  I told her just to put together whatever she had that would be nice.  Everybody wins.

I had carpet installed in my home on barter last week.  The deal included the materials because my trade partner had an over-stocked warehouse and was looking to move the carpet.  As the installers were getting close to finishing they told me that it appeared they were short on materials.  They had misjudged and didn’t have enough carpet for a couple closets.  They said they could order another roll of the same carpet but it would be a week or so before they could install it.  I told them that the whole reason this deal was happening was because the owner was trying to clear out his warehouse and that I didn’t want him to have to order new carpet.  They said that they probably had some remnants from another job that were very similar to my new carpet and that if I was OK with that, they could install it in my closets the next day.  Again…everybody wins.

It’s my goal to be my barter partner’s favorite customer.  More on that in another article soon. 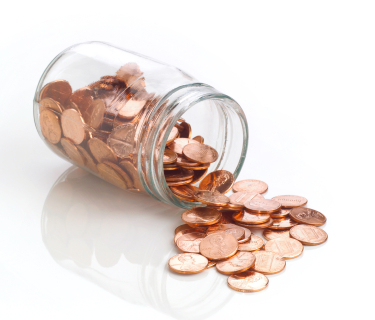 If you are one of those lucky businesses that have a low incremental costs for additional “units” sold then barter can be a gold mine for you!  There are some businesses where they have to outlay a certain amount of resources to keep their doors open and (for the most part) their expenses don’t vary greatly based on the volume of customers served.  Examples would include movie theaters, gyms, martial arts dojos, etc. etc.  For a yoga studio there is literally no additional cost to add a new barter customer to their class.  As such the barter earned is like free money!!!  To those people I say….BARTER MORE!  I’m am at a loss as to why I can’t barter to go to the movies right now.  Ug…but I digress…

Unfortunately many of the folks reading this right now are not in the lucky situation to be able to earn barter credits free.  That being said I would encourage you to take a look at what your real costs are to barter.  It’s probably lower than you think.  For example, I have a barter partner that operates a mini-golf/arcade/go-kart racing facility.  Other than a little gas for go-kart racing barter is pretty much pure profit for them.  They would still have to have the same number of employees, maintenance, electricity, etc. with or without their barter clients.  I ran into a frustrating negotiation with a laundromat a year or so back.  They already had a manned location where they would wash and fold your laundry for you if you want.  Their current staff had free time on their hands so they could have provided this service on barter and their only cost would have been soap and electricity.  And for all that they couldn’t see the value of barter.  PEOPLE… get a clue here.  Why would you not want to have a sale that’s 95% profit?

I would like to encourage you to look at your business and see how much of your expenses are “sunk” and can be allocated against your cash business.  I think you will find that if you do so your incremental costs will be low and your barter profit will be shockingly high.  Now go out there and make some trades!  Also remember…every barter client that you add will tell their friends about your service.  You WILL gain new cash clients because of your barter business.