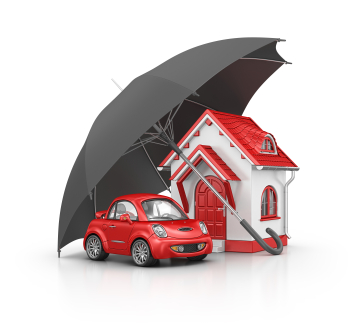 Anyway…regardless of that I have found a way to use barter to save on insurance.  What I do is quite simple:  I buy less insurance.  Now that I have auto mechanics and auto-body shops that I can barter with, I am not worried if I reduced the amount of auto insurance that I carry for repairs on my own car.  I know that if I get in an accident I can get my car fixed without having to pay for everything in cash out of my pocket.  This is true for my home appliances too.  A while back I bought my wife a nice front loading clothes washer and I was told that it’s smart to buy the extended warranty with those.  Well I did that for a while but then I realized…I can always barter to have the appliance repaired if it breaks.  I dropped the insurance, keeping my cash and if it breaks the barter appliance repair guy is just a call away.

Clearly there are risks in going this route.  If my car is totaled in an accident my barter repair shop doesn’t really help.  And of course you still need liability insurance on your car to cover everyone else on the road.  What this strategy does allow me to do though is reduce the amount of insurance that I’m paying for and still be able to sleep at night knowing that I still have a way to repair my cars if needed. 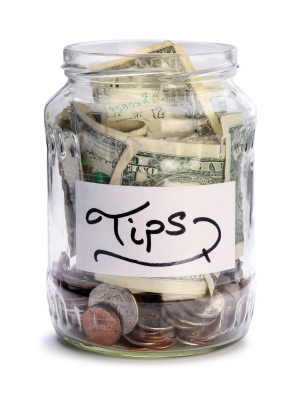 UPDATE:  I have a new easier way to calculate tax/tip posted here.

We’ve already discussed in the past how valuable it is to have restaurant barter partners.  As such it is important to act as a good “barter ambassador” and make sure you tip well.  The last thing you want is for a restaurant to quit bartering because their waitstaff complain that barter folks are bad tippers.  That being said I have to be honest and say that even when I want to tip well often it is tough to be sure my math is correct when I’m calculating the tip.  I know it’s not rocket science but there are a couple things that make barter tipping more complicated than a “normal” tip.  First off, most restaurants want both tax and tip in cash.  To complicate things more, many times you are paying with script that doesn’t add up evenly to the barter portion of the bill.  So with all this in mind, here is the method that I’m currently using to calculate how much barter and cash I should leave on the table:

That’s not so hard is it?  This method is simple enough that you can do it accurately and quickly every time.  The common place to get tripped up is if you round up with your barter.  There is nothing wrong with doing that, but then you have to remember to add in the extra barter in step 3 that shouldn’t count toward your tax and tip.

In this example rounding the barter up is actually a better deal for you.  You are paying $5 in barter to save $5 in cash.  It’s pretty easy to mess up the math though.  If you don’t remember to add back in the extra $5 you only end up leaving $12 in cash, $5 of which was tax.  That leaves only $7 for your tip on a $60 bill.

I can’t help it!  I just have to brag!  My wife and I had the most wonderful meal at home tonight 100% on barter.  Yesterday morning I went by a local butcher shop that I barter with and picked up two of the biggest dungeness crabs I have ever seen.  I drove from there to a local bakery that I barter with and got a big loaf of fresh sourdough bread.  What a feast!  I was so excited about getting the crabs that I forgot to ask the shop to clean and crack them so I had to do it myself.  <grin>  To be fair though, it wasn’t quite 100% barter….I paid cash for the lemon and butter.  I’d be happy to hear you brag about your barter meals with the “join the discussion” link below.