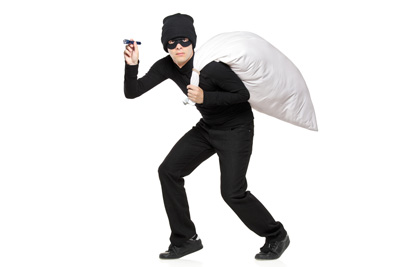 I’m a big believer in optimism and giving your fellow man the benefit of the doubt.  That being said, not everyone is a pillar of their community and I’ve learned that Caveat Emptor (buyer beware) is a good mindset to have when dealing with new barter partners.  When you are making trades with folks you don’t know, watch for red flags that indicate that they might be trouble.  I’ve found that folks that are interested in making illegal transactions (selling drugs or stolen goods) can be attracted to barter.  Examples of red flags would be people who are selling items for significantly under market value, or people who have an unusually large amount of a particular product without cause.

Recently I posted on craigslist that I was looking for a local bakery that I would like to barter with.  I was contacted by someone who said that they had access to thousands of dollars worth of gift cards at a local bakery.  When I asked them if they were an owner they said “no” but said that they were “authorized” to have the cards.  During the course of the next week or so, we traded multiple emails working out a deal, however I noticed that the person never gave their name and would not talk on the phone after multiple requests.  When they did finally phone they missed me, wouldn’t leave a message and told my staff they they were calling from a friend’s cell phone.  They called back later that day and would not tell me their name.  At that point I told them I was not interested in a trade and called the manager at the bakery to give them a heads up that something suspicious was going on.  Ultimately I suspect that it was actually the manager at the bakery who was trying to surreptitiously barter away the gift cards for personal gain but I have no proof of that.

Bottom line here folks:  Be smart and watch for red flags;  doubly so when you are dealing with someone you found on Craigslist.  🙂